In 1964 Ebony magazine called Lillian Smith “one of the most widely read writers on race relations.” Yet today many people are unfamiliar with the Clayton, Georgia, writer of such works as Strange Fruit (1944) and Killers of the Dream (1949). Smith was one of the first white southern writers to confront racism, denouncing segregation as “spiritual lynching,” and to champion civil rights.

Georgia Humanities supported the production of the documentary Lillian Smith: Breaking the Silence as well as twenty-six in-person and virtual screenings in 2020. This timely and important film—by father-and-son filmmakers Hal and Henry Jacobs—explores Smith’s life and legacy, and her courage and persistence in speaking out publicly for freedom and justice. The film’s relevance in the twenty-first century is evident, as some members of our society face new forms of intolerance and discrimination.

For information about hosting a screening, visit the website LillianSmithDoc.com.

To learn more about Lillian Smith, refer to these resources:

A Lillian Smith Reader, edited by Margaret Rose Gladney and Lisa Hodgens, published by the University of Georgia Press

A list of the Lillian Smith Book Award recipients since 1968 is available on the website of UGA’s Hargrett Library. The awards are presented annually and sponsored by the Southern Regional Council, University of Georgia Libraries, DeKalb County Public Library/Georgia Center for the Book, and Piedmont College.

The website for the Lillian E. Smith Center at Piedmont College contains audio recordings and photos of Smith, among many other resources. 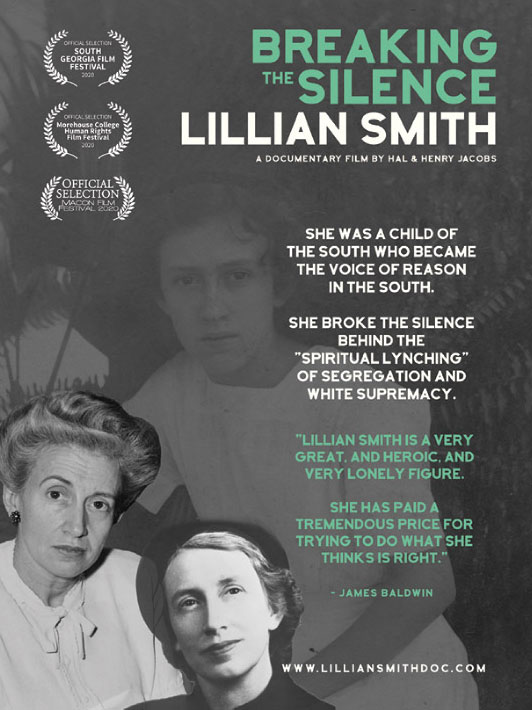 “[This film is] a powerful legacy beautifully documented for the purpose of inspiring the
next generations of social justice writers.”
— Brenda Bynum, actress, Emory University theatre professor emeritus,
and writer and performer of the one-woman play Jordan Is So Chilly:
An Encounter with Lillian Smith 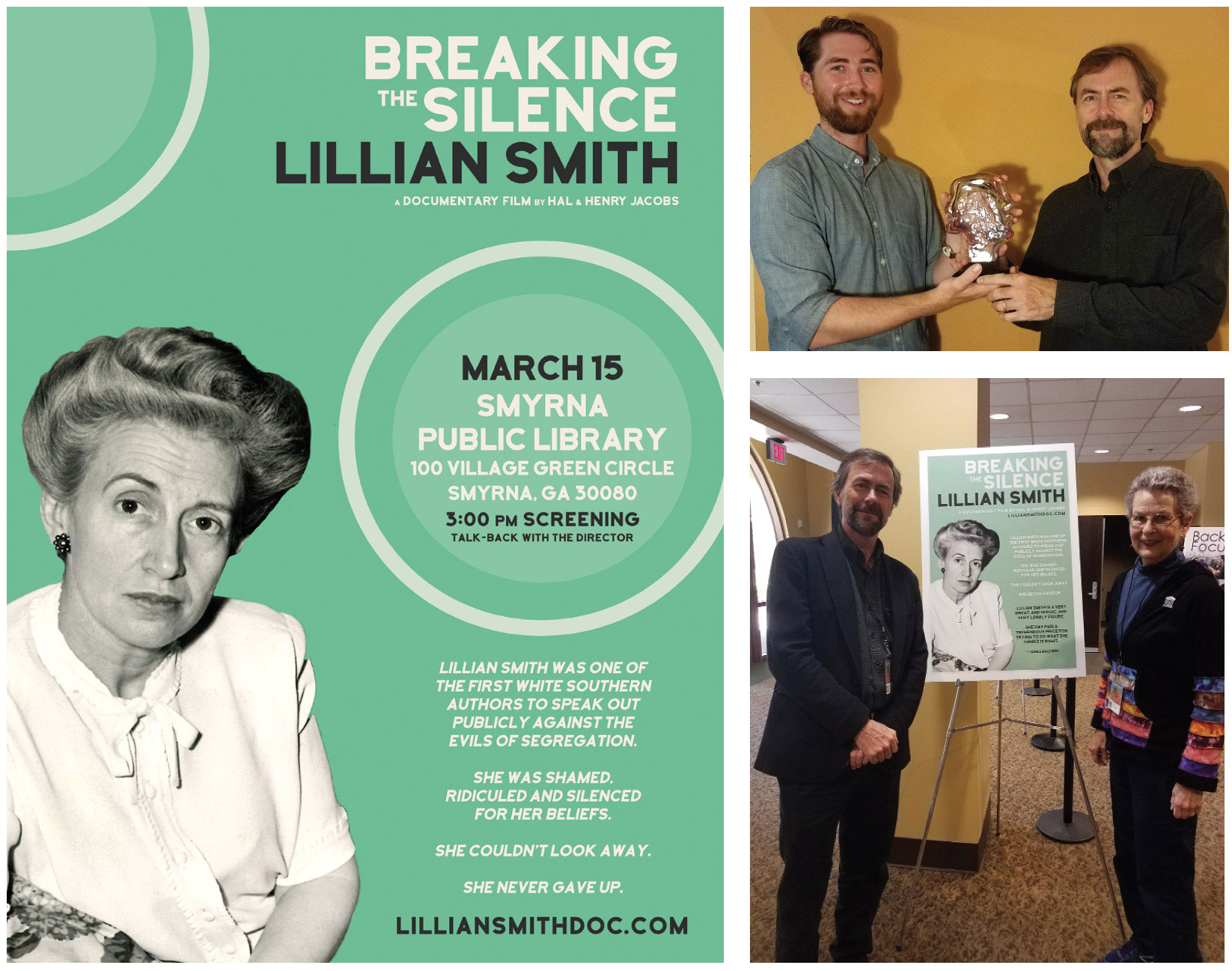